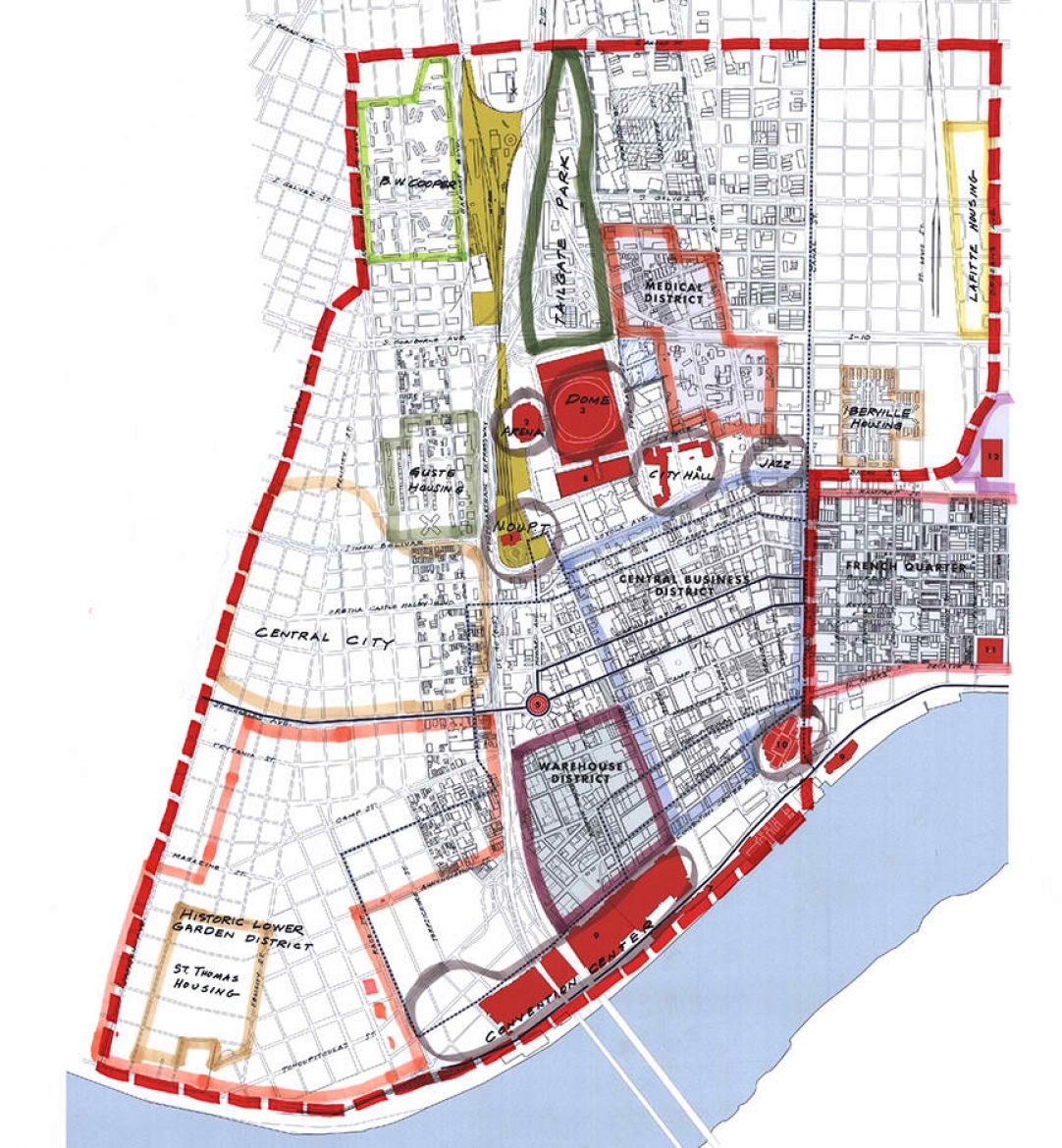 The plan was a compendium of current plans combined into a comprehensive document that presented a unified vision for an interrelated network of major economic generators for the City of New Orleans. Compact in size, the Superdome District is easily navigated by pedestrians, yet it’s large enough to allow for a wide variety of economic engines to thrive, each supporting the others in a symbiotic relationship and stimulating growth. The 100 city-block area is comparable in size to some of the most elegant European cities, famous for their rich and humanist urban designs. This vision stitches together the former disparate ideas and plans, unifying the urban fabric by physically and economically intertwining the neighboring regions for the first time. 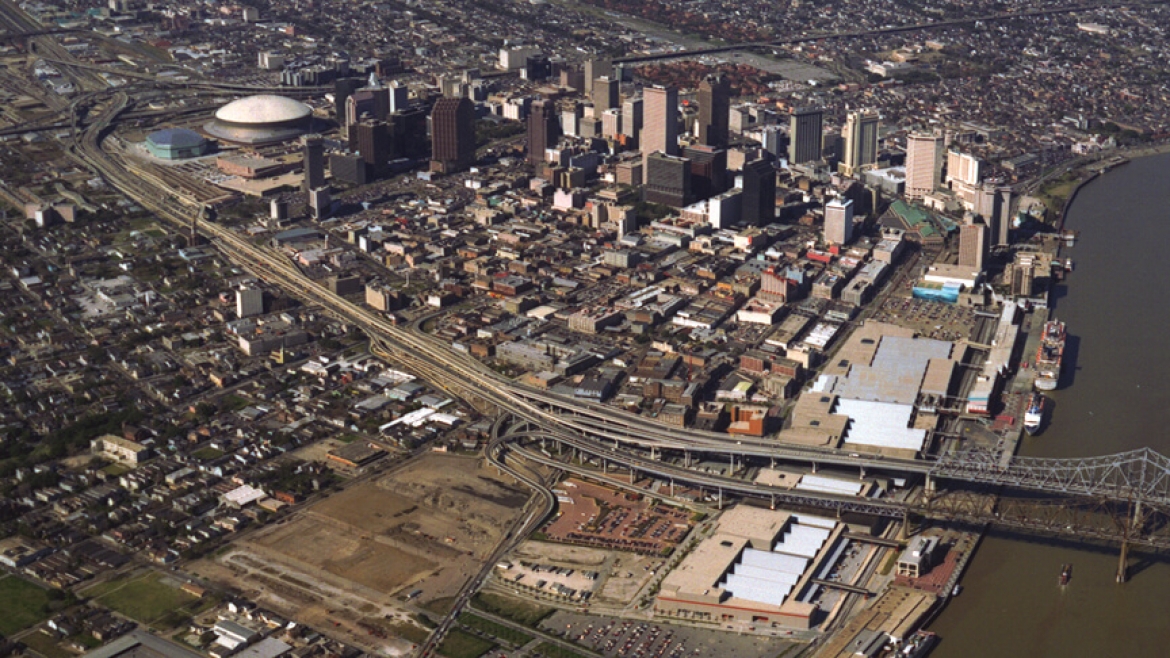