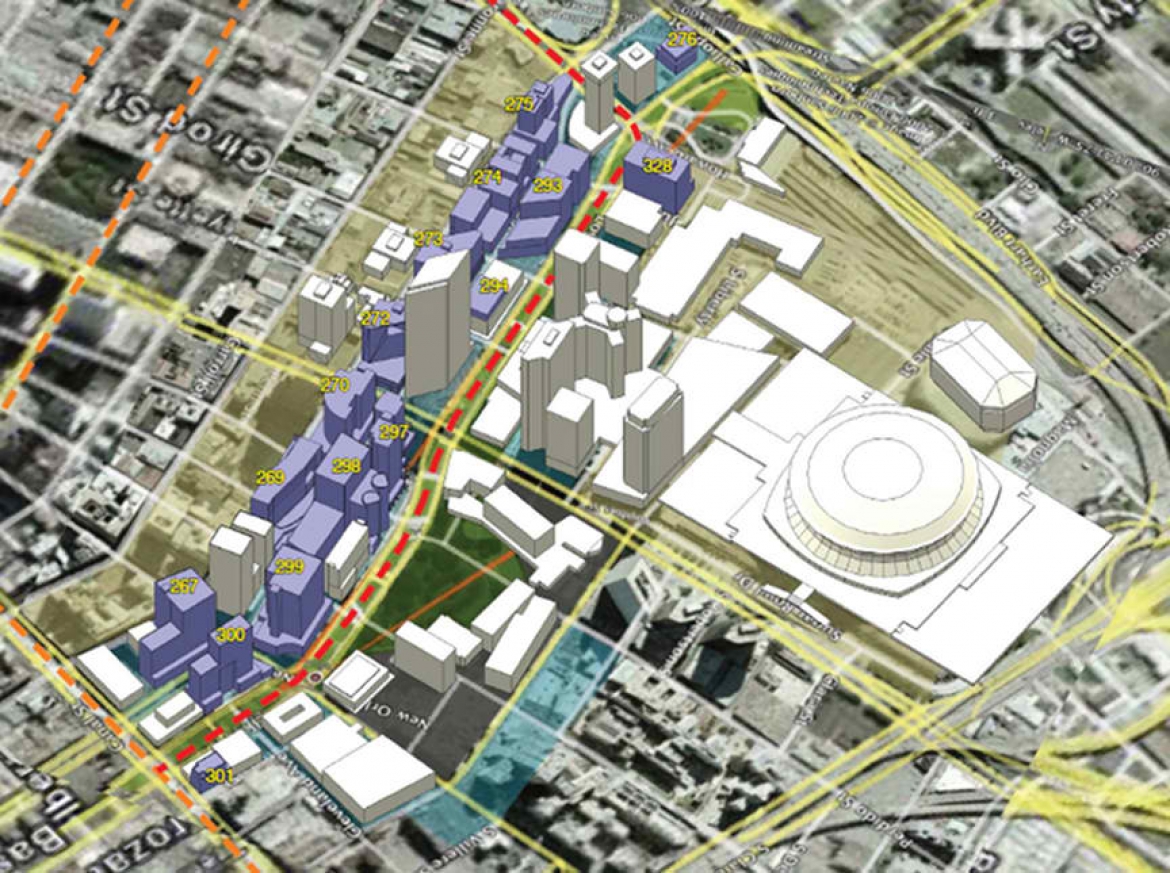 Development potential of the Loyola/Rampart Corridor
Location
New Orleans, LA
Discipline
Planning
Topic
Civic & Municipal
The planning team viewed the Loyola/Rampart Corridor as a subset of the Central Business District, creating a land-use matrix for the corridor in the context of large-scale real estate development. Major portions of the corridor were underutilized or vacant land and prime locations for high-density, urban-scaled development.

The Manning team developed massing options based on existing codes, creating models for each city block and a breakdown of the programmatic elements included. Once the 3-D massing model of the corridor was assembled, the team sought consensus on what aspects of the resulting plan best created a better city.

The final model represents the desired outcome for the developed density, scale, and mass of the Loyola/Rampart Corridor. Capitalizing on underutilized sites along the corridor, the study showed more than 400,000 square feet of commercial space and more than 6,500,000 residential square feet that can be developed to rejuvenate this area of downtown.