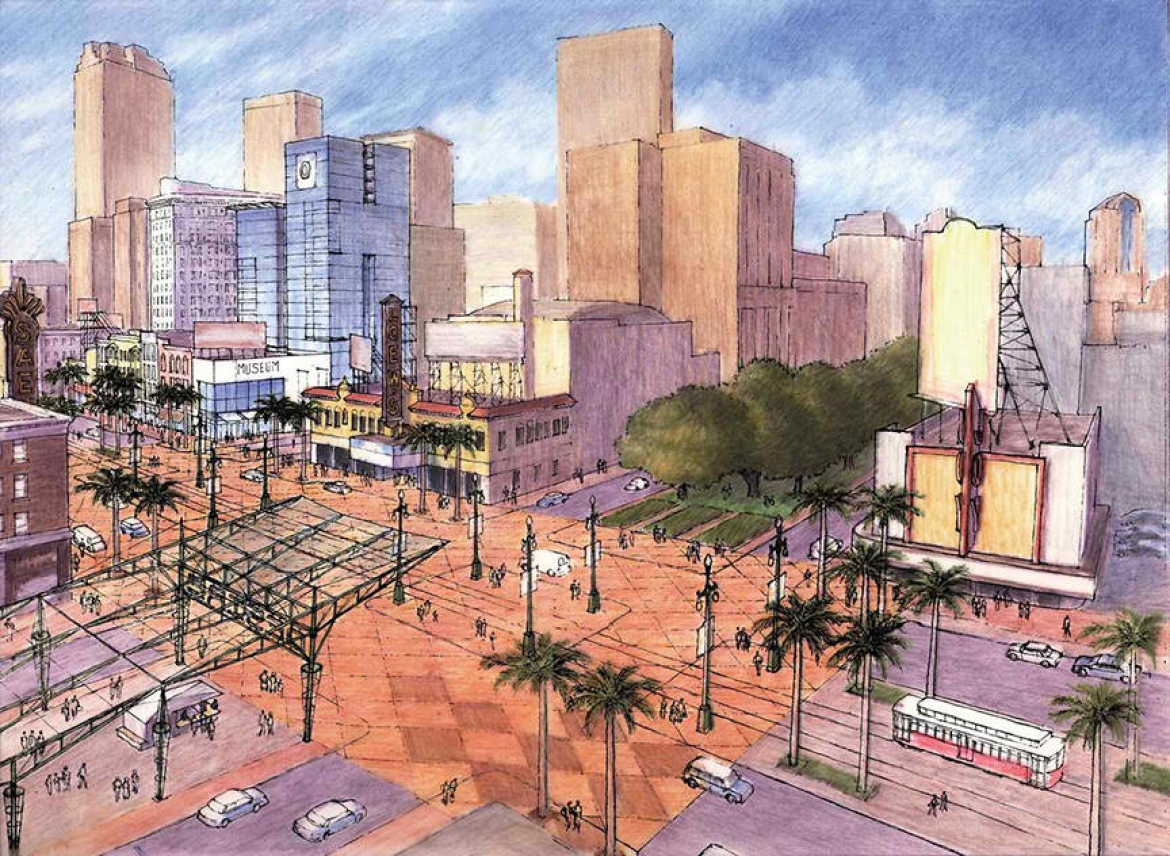 Strategizing to reverse the decline of Canal Street
Location
New Orleans, LA
Discipline
Planning
Topic
Civic & Municipal
As the original, primary thoroughfare of downtown New Orleans, Canal Street serves as the gateway to the Central Business District and the French Quarter. The decentralization of commercial activity over the last several decades has caused many retail stores, which once lined Canal Street, to relocate to suburban centers that are more attractive to automobile-dependent shoppers.

Manning was part of a team of urban planners and economists that worked to create a plan to encourage a retail resurgence, an increase in residential development, expansion of the adjacent medical district, and ultimately revitalize Canal Street. The plan envisioned Canal Street as a historic, inviting, and safe destination that offered unique shopping, dining, and family entertainment activities that would appeal to both locals and tourists.