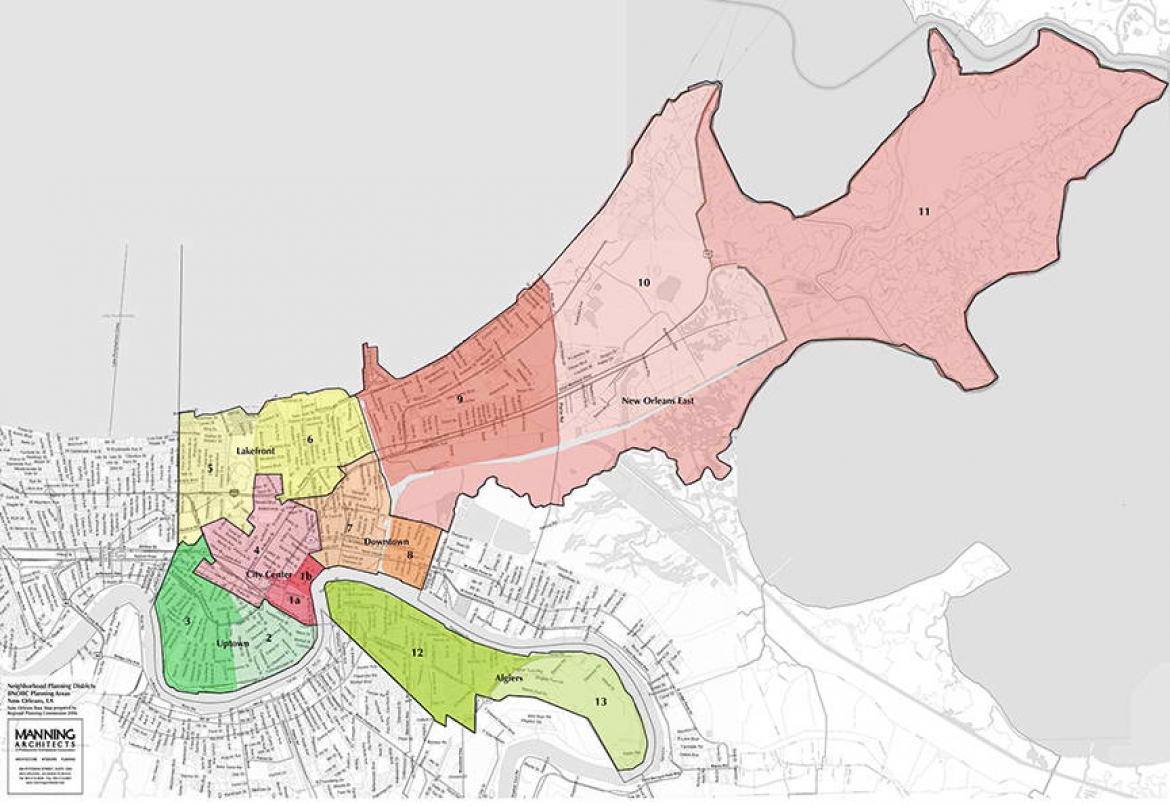 Steering a new way forward after disaster
Location
New Orleans, LA
Discipline
Planning
Topic
Civic & Municipal
Following Hurricane Katrina, the City of New Orleans created the Bring New Orleans Back Commission, charged with formulating a blueprint for how the city would respond in the new environment and rebuild after its greatest natural disaster. As Co-chair of the Urban Planning Committee, Ray Manning was able to use his knowledge of urban design and architecture and his deep connection with the city and its people to help steer the way forward. Steering started with listening, then developing a vision that not only would bring New Orleans back to its former state but provided the framework to catapult it into a new century of growth for all its citizens.

Once completed, the plan submitted by the Urban Planning Committee served as the core framework upon which subsequent plans for the City of New Orleans were based.