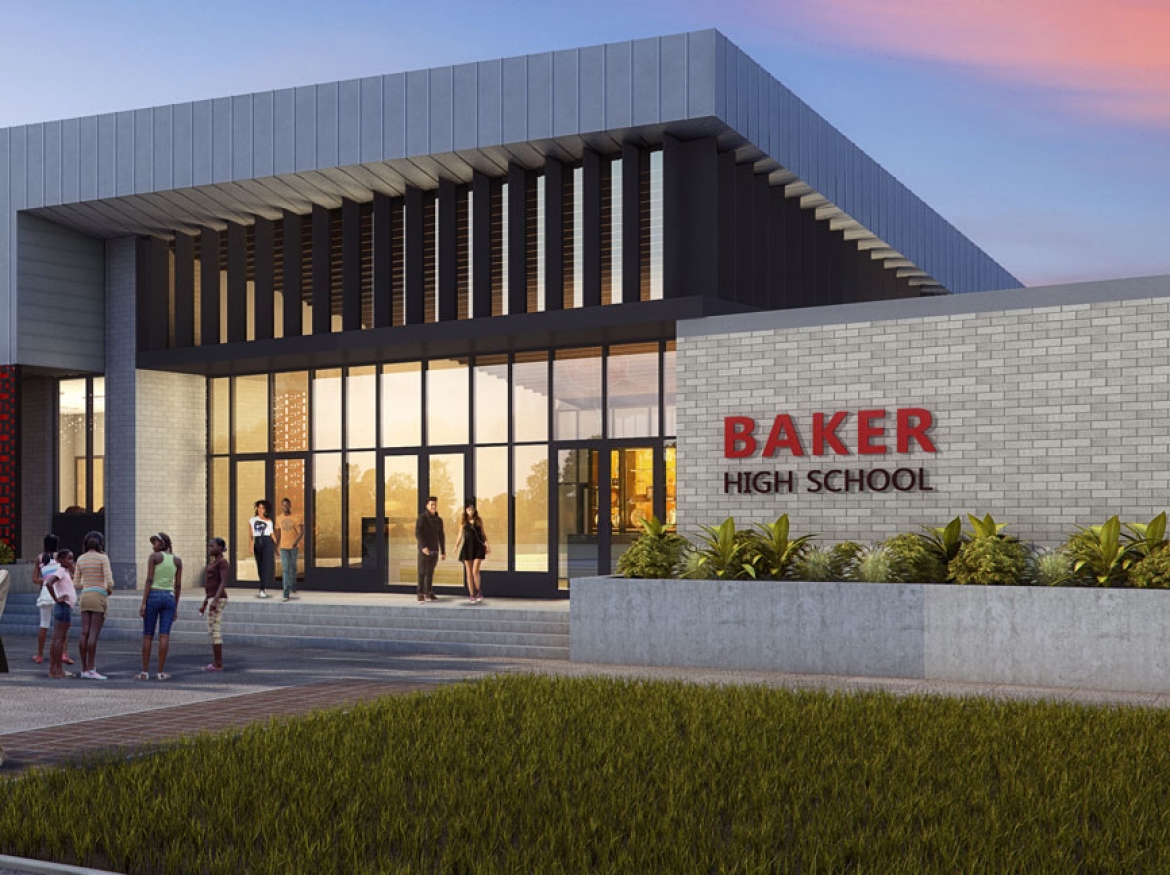 Baker High School was severely damaged during the Baton Rouge flood of 2016. The redesign was an opportunity to address programs that had outgrown their facilities, accommodate new programs, and unify the 27-acre site that had been checkerboarded with additions over the course of many years.

This consolidation of total square footage allowed the design team to reorient buildings and site features for a planned progression of movement through the site, maximizing the site’s natural features and opening space for outside activities. The new site layout also allowed the design team to redesign the stormwater management system that included a detention pond, alleviating continual flooding problems, and to consolidate utilities into a new central plant for the entire campus. Wayfinding has also been improved by reducing the number of vehicular entrances and creating a primary entrance into the building. Walkways conduct students and visitors through the site.

The Manning team finalized construction documents in a quick six months from the project’s inception to meet the owner’s accelerated schedule. 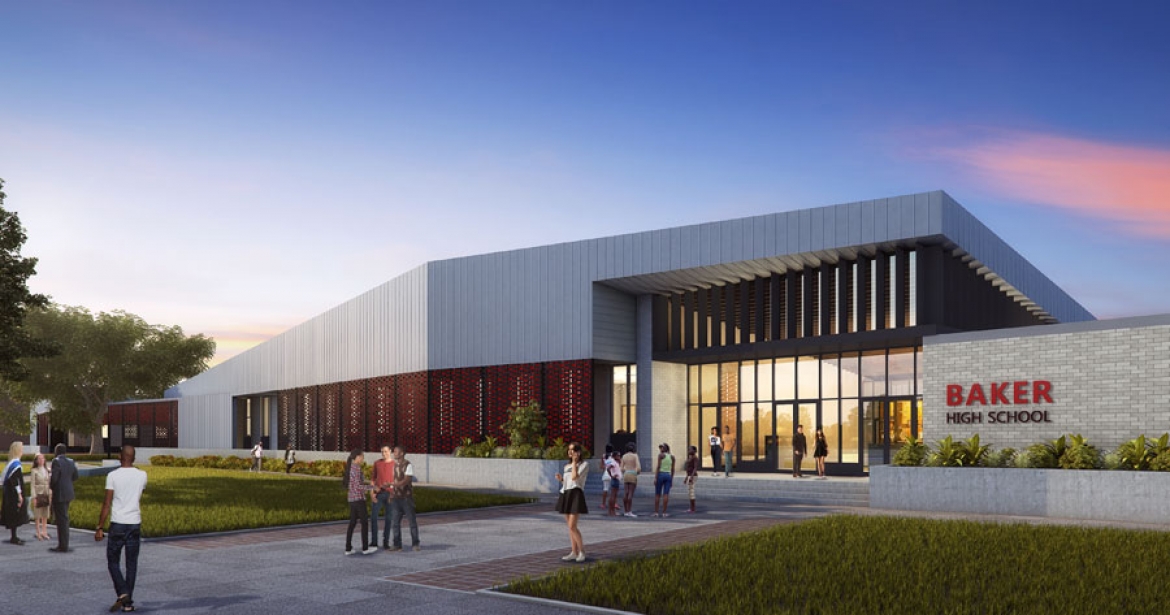